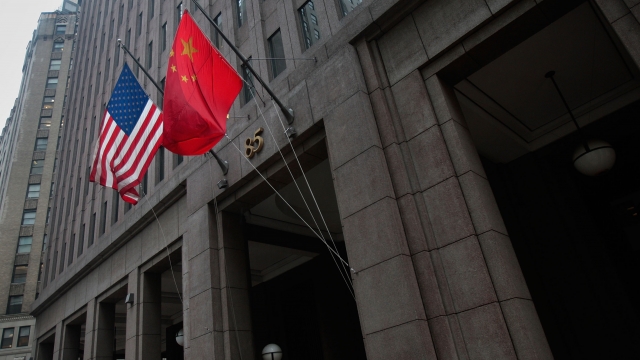 The latest round of trade talks between U.S. and Chinese officials appear to have finished up Wednesday on a positive note.

A spokesman for the Chinese Foreign Ministry didn't go into specifics, but did say the meeting's end result could be good for the global economy. Meanwhile a U.S. official told reporters that the talks had been "a good one."

The two countries have implemented tariffs on hundreds of billions of dollars of each other's goods in the past year. But back in December, President Donald Trump and Chinese President Xi Jinping agreed to a short-term trade truce.

As part of that 90-day truce, President Trump agreed not to move forward yet with a planned tariff increase on $200 billion of Chinese goods while the two countries negotiate. And China temporarily reduced tariffs on $126 billion worth of cars, trucks and auto parts made in the U.S.

The Office of the U.S. Trade Representative said the two sides discussed intellectual property protection and the trade balance during the negotiations, which began Monday.

This week's trade talks really just make way for more senior-level discussions down the road. President Trump reportedly might meet with China's vice president while the two are in Switzerland later this month for the World Economic Forum.