Latest Round Of U.S.-China Trade Talks Comes To An Abrupt End 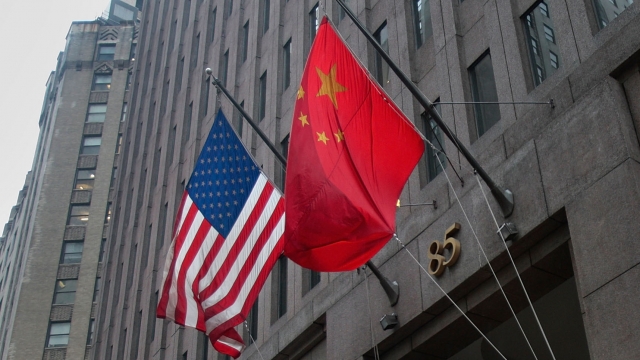 SMS
Latest Round Of U.S.-China Trade Talks Comes To An Abrupt End
By Briana Koeneman
By Briana Koeneman
July 31, 2019
According to several reports, delegates from the U.S. left for the airport about 24 hours after arriving in Shanghai.
SHOW TRANSCRIPT

The latest round of high-level trade negotiations between the U.S. and China have ended. But a resolution to the ongoing trade war between the two countries is still nowhere in sight.

According to several reports, delegates from the U.S. — including Trade Representative Robert Lighthizer and Treasury Secretary Steven Mnuchin — left for the airport about 24 hours after arriving in Shanghai Tuesday.

Officials met for a working dinner Tuesday evening and further discussions the next day. But Wednesday's meeting was cut short, and neither side immediately made a public comment.

Before the U.S. delegation arrived in Shanghai for the talks, President Donald Trump posted a series of tweets accusing China of delaying negotiations. And he suggested that a new trade deal might not be in the cards until after the 2020 election.

The U.S. and China have agreed to continue negotiations in September.