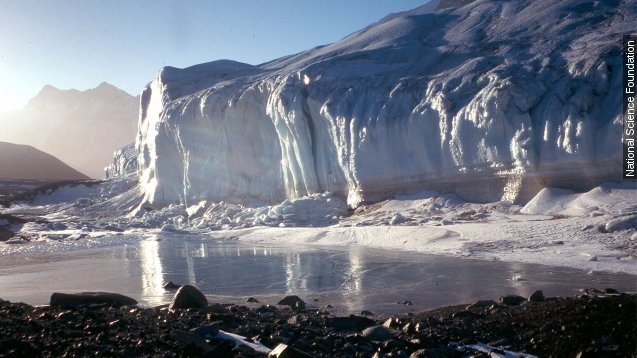 This week, the House of Representatives passed a bill that would rearrange policy and budgets for U.S. science agencies, and for earth scientists, it's not good news.

The reauthorization of the America COMPETES Act passed by a 217-205 vote, mostly along party lines. (Video via C-SPAN)

Nature says the bill would also prevent the NSF's environmental research division from funding "any climate-change research that overlaps with or duplicates work by other federal agencies" and would prevent the use of Energy Department research in creating fossil fuel regulations. (Video via the U.S. Department of Energy)

Science groups have lodged a series of formal complaints over the direction of the legislation, which they argue would "seriously underfund" and even "incapacitate" important research areas.

The America COMPETES Act is part of a trend in Congress. It follows a separate House bill that would cut nearly 40 percent from NASA's earth sciences budget.

And watchers in the media point to continued Republican pushback on issues of climate science.

"For the people to say the science is decided on this is really arrogant, to be honest with you," Bush said at a recent campaign event. (Video via NBC)

In the House, Republicans applauded a bill they say will help return American science to its roots.

"When the National Science Foundation was mentioned, Americans thought of hard sciences: basic research, advanced technologies in biology, engineering, mathematics and the physical sciences. It is investments in these fields that advance American technology," said Texas Republican Brian Babin.

And on the other side of the aisle, House Democrats lamented what they see as a step backward.

"They are abandoning our future. America is the greatest nation on earth, but our greatness is not guaranteed. We have to work for it," said Texas Democrat Eddie Bernice Johnson. (Video via C-SPAN)

America COMPETES now heads to the Senate, but its future is less than certain. The White House has promised to veto the bill if it makes it to the president's desk.