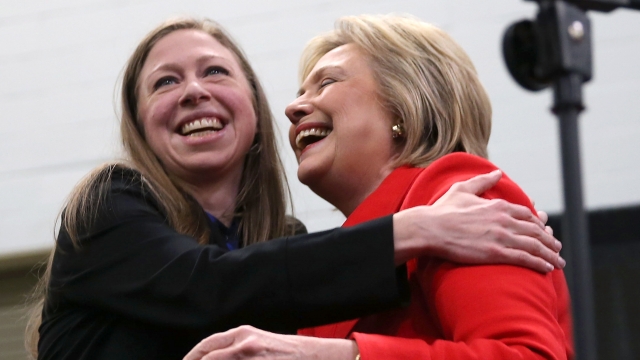 The U.S. State Department has released another batch of emails from Hillary Clinton's private server. Among them is an email containing classified information Clinton apparently sent to her daughter, Chelsea Clinton.

In 2009, Hillary Clinton forwarded an email from a White House staffer to an account reportedly linked to Chelsea Clinton. In 2015, the State Department determined that email contained confidential information — the lowest level of classification.

The initial email was released during a previous State Department email dump. It was originally sent just after Hillary Clinton attended a round of international negotiations over climate change. The message was addressed to "Diane Reynolds," a pseudonym Chelsea Clinton has used before.

The trouble is, we don't know whether the information in the message was classified at the time or if the State Department upgraded it to classified after the fact.

If the email was supposed to be classified at the time, it would be troubling that it was sent to a civilian like Chelsea Clinton. If the information wasn't classified, the exchange would be less worrisome.

The State Department released 285 pages of Hillary Clinton's emails on Friday as part of an ongoing Freedom of Information Act request. Many of them were near-duplicates of previously released material. The department is still processing the over 52,000 pages of Clinton emails it received from the FBI, and it's expected to keep releasing documents well past Election Day.