WHO: Latest Ebola Outbreak In Congo Has Topped 2,000 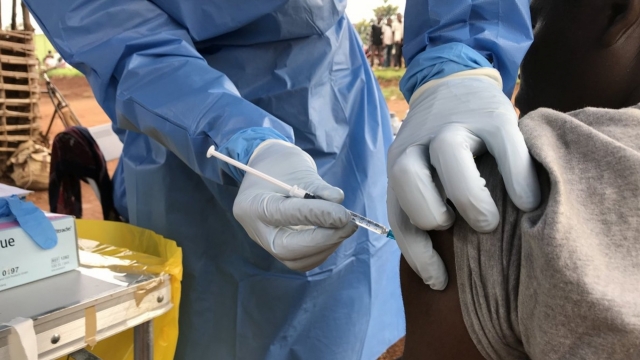 The Ebola outbreak in the Democratic Republic of Congo has topped 2,000, with more than 1,900 confirmed cases, and 94 probable case since last August. The outbreak is the second largest on record, killing around 1,300 people.

The World Health Organization says it saw a drop in reported cases at the end of May. It says that statistic is encouraging but notes there is still a high risk of Ebola spreading in zones already affected by the virus.

WHO says that's because response teams are still dealing with violence, including against health care workers, and vaccine mistrust. Doctors Without Borders says health centers have faced some 130 attacks.

WHO's director general says the organization is determined to end the outbreak but, "Without access to communities, we can’t vaccinate those at risk, treat those infected or trace contacts."