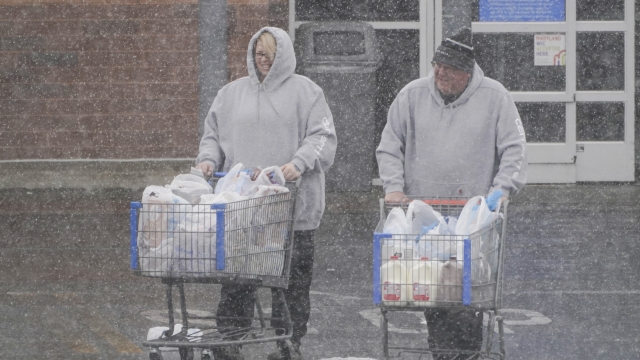 Parts of the country are digging out after a winter storm blew through over the weekend.

The fast-moving storm only lasted a few days, and most of the snow that fell has already begun melting. 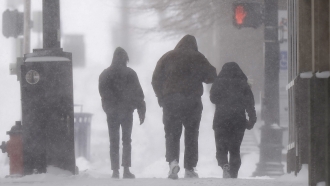 'Bomb Cyclone' To Dump Snow Across Much Of The U.S.

The storm whipped through the mid-Atlantic states and New England, bringing strong winds, heavy snowfall and blustery conditions. Snow fell at about two inches per hour in Fairfax, Virginia, with winds gusting up to 50 miles per hour.

The Ohio River Valley experienced the heaviest snowfall with up to a foot of snow blanketing an area stretching from Nashville, Tennessee, up through Cincinnati.

The storm was what meteorologists call a "bomb cyclone" — a storm that rapidly intensifies by losing pressure quickly.

However, as quickly as the storm blew in, it quickly blew out to sea. Temperatures along the East Coast were warming Monday and expected to continue throughout the week.