It's Not Just You — August Really Was Hotter Than Ever 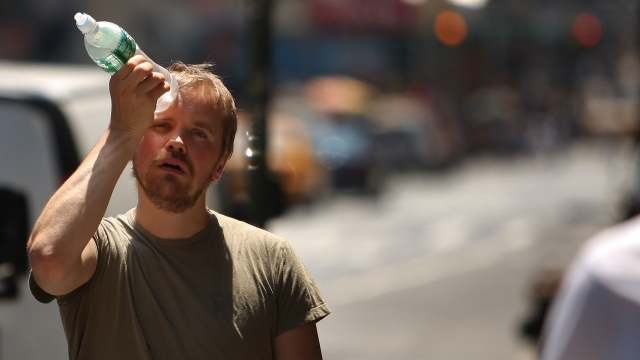 "Well, of course, this is the first heatwave that we've had in two years in Manhattan," a WABC anchor said in August.

"Even those used to the sweltering temperatures are not used to this," a CBS reporter said of the heat in August.

If you thought August felt warmer than usual this year, you were right.

Last month was the hottest August in the 136 years of modern record keeping, according to NASA's Goddard Institute for Space Studies.

It was 0.16 degrees Celsius warmer than August 2014, which was considered the warmest August up until now.

But it doesn't seem all that special when you see it continues a trend — now of 11 consecutive months — of setting monthly high temperature records.

"My top science adviser John Holdren, you know, periodically will issue some chart or report or graph in the morning meetings, and they're terrifying," Obama told The New York Times.

In the agreement, the United States aims to cut greenhouse gas emissions 26-28 percent below 2005 levels within a decade.

But that could be a challenge. Some Republican lawmakers have said the Senate should ratify the agreement. The Obama administration disagrees.

And there was another hurdle back in February; the U.S. Supreme Court voted 5-4 to put the administration's greenhouse gas emissions rules for power plants on hold.