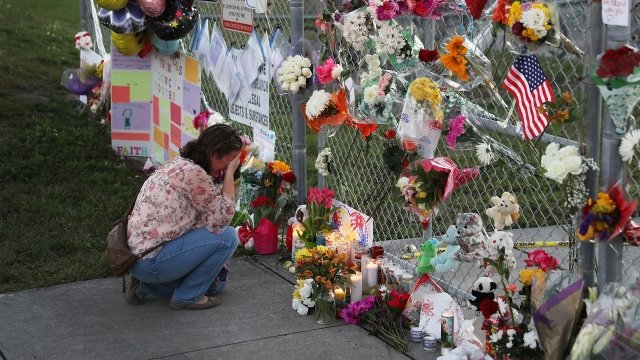 SMS
Mass Shootings Bring Communities Of Tragedy Together
By Melissa Prax
By Melissa Prax
February 20, 2018
After shootings, some members of communities that have faced similar tragedies reach out.
SHOW TRANSCRIPT

After mass shootings, communities facing tragedy have a bond. That bond can be metaphorical, the creation of a support network or a physical act.

But white crosses have become especially symbolic. In a display of solidarity, one man brought crosses to Las Vegas after the shooting. 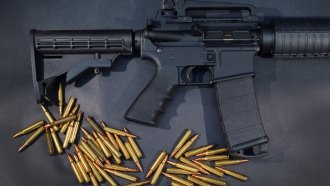 Mass Shootings Can Happen Anywhere, But They Keep Happening In The US

Greg Zanis did the same for other U.S. shootings, including after Columbine and Pulse nightclub.

And those crosses inspired a 15-year-old and her father from Las Vegas to do the same for those in the Florida school shooting. Each victim will get a cross.

"When I'm writing down the names and the ages, it's going to be really hard because it's as if you're writing your own name or your friend's name," Odalys Maldonado said.