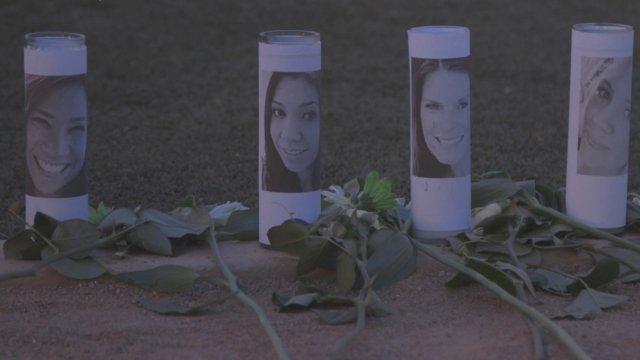 By Alexandra Miller
October 2, 2018
The Las Vegas shooting may have been the worst in modern American history, but survivors aren't necessarily on board with gun reform.
SHOW TRANSCRIPT

The shooting at the Route 91 music festival left nearly five dozen people dead and hundreds wounded. It is the worst mass shooting in American history. In cases before Vegas, like Newtown, and since Vegas, like Parkland, the fight over how to keep guns out of the hands of "bad guys" has produced new regulations. But not in Nevada.

The nuances of this shooting are very different than the others. The state of Nevada has some of the loosest gun laws in the country, and high rates of gun ownership. In fact, Everytown for Gun Safety says 97.1 percent of Nevada residents live within 10 miles of a gun dealer. And yet the city of Las Vegas is made up of people like Christine Caria and Cody Jones. The women were at the concert as the nightmare unfolded, and they watched as people were shot all around them. They have vastly different opinions on what kind of gun regulations should come next.

"I believe in the NRA. They're there to protect my rights to own a gun," said Jones. "For me, it's all about self protection."

Jones worked in a gun shop as a teen and is a gun owner herself. She says the background checks her shop did on their customers and eventually on her were thorough. And yet, Cody's memories of being caught in the gunfire with her mother are still vivid.

"We got on the ground in plain view really, not close to any cover. She puts the bag I was wearing over my head and tries to get on top of me," she remembers. "I really didn't know if I was gonna live."

While she admits she's suffered from post-traumatic stress disorder, she says it should be the gun owner's responsibility to pay attention to their own mental health.

"All I'm doing right now is cleaning, but i won't go shooting guns because I'm not mentally stable," she explains.

Even though her mental health has been tested, she says not much has altered in her opinions about guns.

"The only way it's changed is how I've looked at the other person holding a rifle," she said. She'll continue to buy them and shoot, and, in November, will support candidates who support her gun rights. 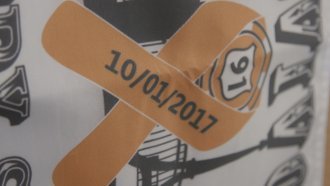 The impact has been the total opposite on Christine Caria. The wife and mother has dealt with serious physical injuries as a result of being trampled at the shooting. The mental injuries are even longer lasting.

"It sounded like the bullets were coming from everywhere," Caria said.

Right after the shooting, Caria became president of the Brady Campaign to Prevent Gun Violence's Las Vegas chapter. She found a voice on the issue and even traveled to Washington to testify before Congress about bump stocks.

She was encouraged by the students at Marjory Stoneman Douglas High School, where 17 people were killed on Valentine's Day. But for her, it all changed at the beginning of June during gun violence prevention month.

"I spoke at the healing garden on GVP day, and I got death threats. It made me take a step back. I pulled off social media," Caria said. "It triggered me. It made me say it wasn't worth it."

Both women are paying attention to what happens in statewide races as the current governor looks to refuse a 2016 ballot measure that expands background check to private gun sales.