Las Vegas Shooting Investigation Has Person Of Interest — But Who? 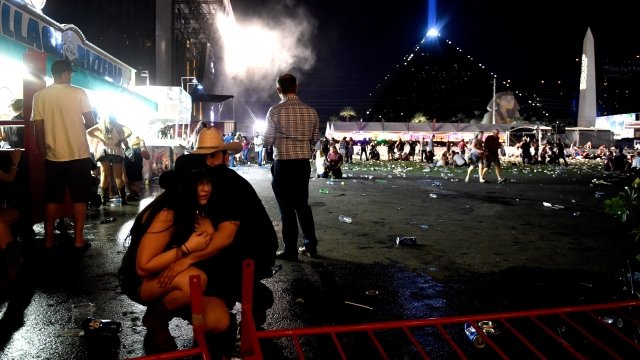 SMS
Las Vegas Shooting Investigation Has Person Of Interest — But Who?
By James Packard
By James Packard
January 19, 2018
Investigators looking into the Las Vegas massacre have released a preliminary report and say there's a person of interest.
SHOW TRANSCRIPT

Investigators looking into the Las Vegas massacre say they have a person of interest — but it's not clear who.

Clark County Sheriff Joe Lombardo said Friday the FBI has an "ongoing case against an individual of federal interest." He didn't get any more specific than that. CNN reports prosecutors could bring charges in the next 60 days, but it's not clear who they would be against. 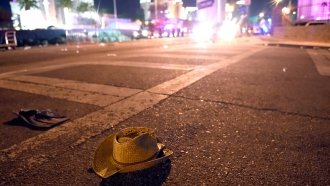 Police Are 'Frustrated' By The Las Vegas Shooter's Mystery Motive

The report doesn't include a clear motive, but Lombardo said the shooter had lost a lot of his wealth in the days leading up to the shooting.

During a news conference Friday, Lombardo said Paddock's financial situation "could be" a motive.

Investigators say the shooter acted on his own, and there was no connection to international terrorism or radicalization involved.