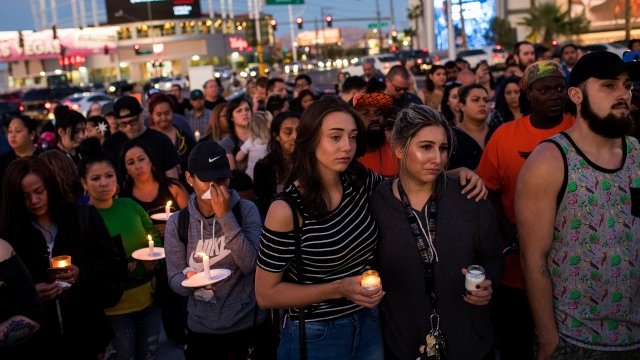 A gunman opened fire on the Route 91 Harvest music festival on the Strip on Oct. 1, killing 58 people and injuring more than 500.

Lombardo said, "By all accounts [he] was an unremarkable man."

Investigators note he spent more than $1.5 million in the two years leading up to the attack, and around $95,000 went toward "firearms and gun-related purchases."

The report also confirms Paddock had reservations for rooms overlooking two other music festivals in Chicago and Las Vegas in the months leading up to the attack.

Lombardo said the report is a "living document" and could be reopened if police discover new information about the deadly massacre.