Large Epidemics Could Be The 'New Normal,' According To WHO 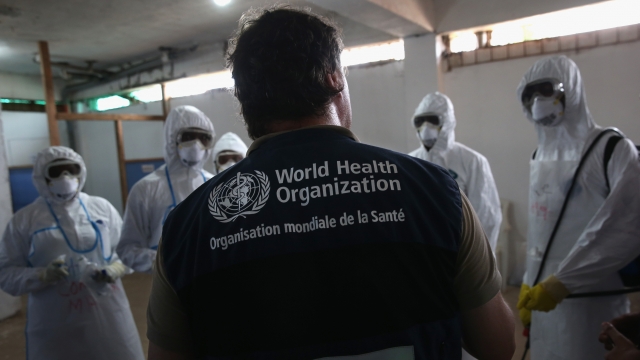 SMS
Large Epidemics Could Be The 'New Normal,' According To WHO
By LeeAnne Lowry
By LeeAnne Lowry
June 7, 2019
A WHO senior adviser told reporters that ultimately, the outcome is "effort-related."
SHOW TRANSCRIPT

Large-scale outbreaks of diseases like Ebola could be "the new normal," according to the World Health Organization.

Dr. Michael Ryan, a WHO senior adviser, told BBC that the organization is dealing with more emergencies at once than it ever has. And he doesn't expect that to get any better.

Ryan said many factors are to blame for the normalization of epidemics, including climate change, emerging diseases and highly mobile populations. He told reporters that ultimately, the outcome is "effort-related."

The Democratic Republic of Congo has been battling a massive Ebola epidemic that's infected over 2,000 people and killed over 1,300.

Ryan said Thursday the outbreak could last as long as two years. And earlier this week, the head of the CDC said he thinks responders will run out of vaccine and the virus could spread outside of Congo.

But the WHO offered some cautious hope in that outbreak, saying it seems to be seeing a downward trend in certain areas.