Not Every State Has Time For Lame-Duck Legislative Sessions 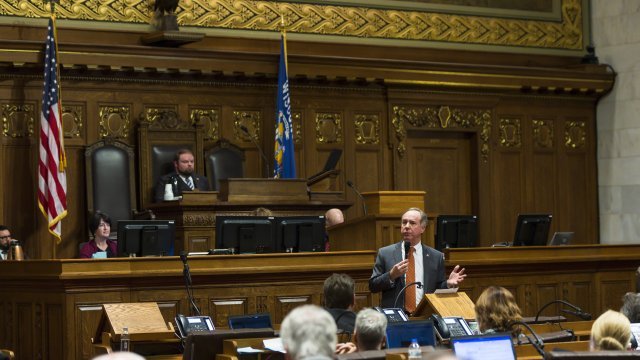 So-called lame-duck legislative sessions are under fire as some states work to limit the power of incoming leaders. But not every state government has a waiting period between when an election takes place and when new government is sworn in.

At least 13 states move quickly to put leaders in power before the end of the year when an election occurs, limiting the time for last minute sessions. So, could this be a way to stop lame-duck legislatures?

“So it doesn’t really work to just get rid of [the] legislature on November 6th or 7th or whatever the day is after the election," said Don Moynihan, a professor at the Georgetown University McCourt School of Public Policy. "You also have to have a governor in place who’s also going to block any bad ideas coming from those sessions."

For example, Florida legislators assume office immediately after the election and Alaska’s governor is sworn in early December. This could help stop what’s happening in Wisconsin and Michigan where Republican lawmakers are aiming to limit the power of incoming Democrats surrounding key policy issues and voter approved initiatives.

Moynihan says this is part of a growing movement that started in North Carolina after the 2016 election.

“The trend that you’re seeing is Democrats have won these elections or citizens have put initiatives on the ballot that have gained popular support and Republicans are saying [we] don’t really like the outcome," Moynihan said.  "It really does sort of threaten the whole idea of elections mattering."