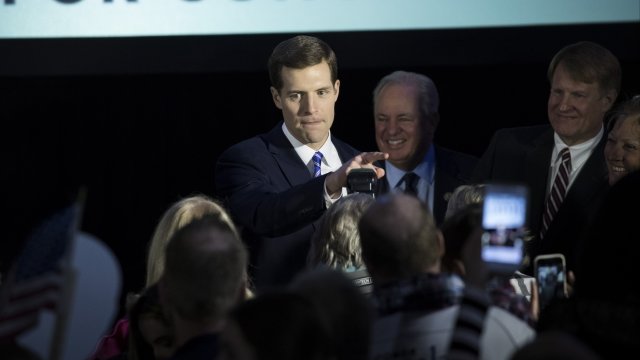 "Took a little longer than we thought, but, we did it," Lamb told his supporters Tuesday night.

After all of the Election Day votes were tallied, Lamb is beating Republican state Rep. Rick Saccone by fewer than 600 votes.

Officials were still counting more than 1,000 absentee ballots early Wednesday. But no matter how close the results are, Pennsylvania law doesn't require an automatic recount since it's not a statewide race. People can petition for one, though, if there was some kind of error or fraud with the original count.

The winner will replace Rep. Tim Murphy, who resigned last year amid reports he asked a woman he had an affair with to get an abortion.