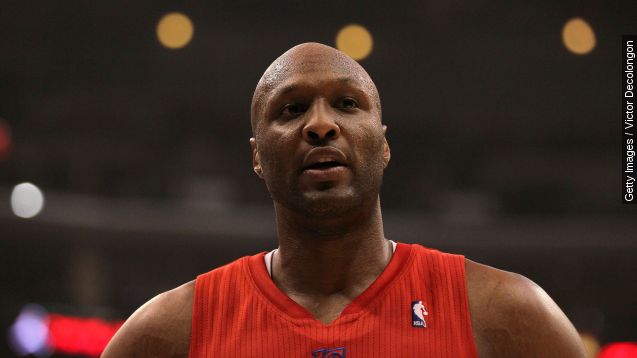 Lamar Odom's condition at a Las Vegas hospital has reportedly improved since he was found unconscious at a brothel Tuesday.

Odom's specific status is hard to pin down, but multiple outlets report the former NBA player is conscious and breathing without a ventilator. There is no official report on Odom's condition yet.

Also on Friday, the Kardashian-Jenner family released a statement saying, "We've decided to hold off on publishing content across our apps while we continue to support and pray for Lamar. Thank you for your kindness and understanding during this difficult time."

ESPN writer Ramona Shelburne said the publicist for Odom's aunt and maternal godmother released a statement saying, "No words can express the overwhelming gratitude we feel for the outpouring of support from around the world."