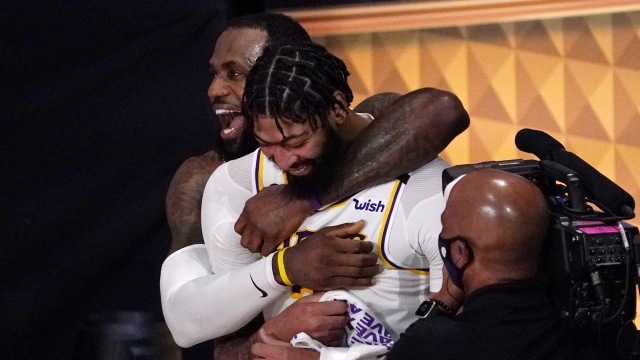 SMS
Lakers Win Championship In Game 6 Against Miami Heat
By Newsy Staff
By Newsy Staff
October 12, 2020
It's the Lakers' first title since 2010, when the late Kobe Bryant won his final championship with the team.
SHOW TRANSCRIPT

The Lakers beat the Miami Heat in Game 6 of the NBA Finals.

It's the team's first title since 2010, when the late Kobe Bryant won his final championship.

LeBron James was named the series MVP, collecting his fourth ring with a third team.

James said the restarted season was a huge success.

The NBA paused its season in March due to the pandemic, but resumed it in August, using an isolated campus at the Walt Disney World Resort in Orlando.

During play there, the league reported no positive tests of COVID-19.