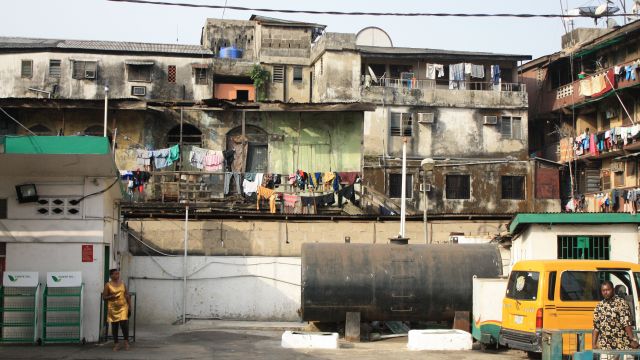 SMS
Nigeria's Largest City Is Facing A Major Water Crisis
By Ethan Weston
By Ethan Weston
March 19, 2017
About 90 percent of people in Lagos rely on borehole-wells or water from local vendors.
SHOW TRANSCRIPT

Lagos, Nigeria — a city on the coast of Africa and built on a lagoon — is struggling with a major water crisis.

The U.N. estimates only 10 percent of the people living in Lagos have access to local water utilities. But that system is in disrepair, so even they're in trouble.

The 90 percent without access to the utility system have to find their own water. Many people drill their own boreholes or buy from local water vendors.

The government recently passed an environmental law that addresses water and sanitation in Lagos. Part of it lays out new fines for those local vendors who sell water without the proper license.

Activists were worried the new rules would apply to private citizens, too, but the government says individuals are still allowed to collect water for personal use.

And Lagos' Water Corp. says it has a plan to improve the city's water supply by 2020. But there are allegations that loans from the world bank haven't been put toward that goal.