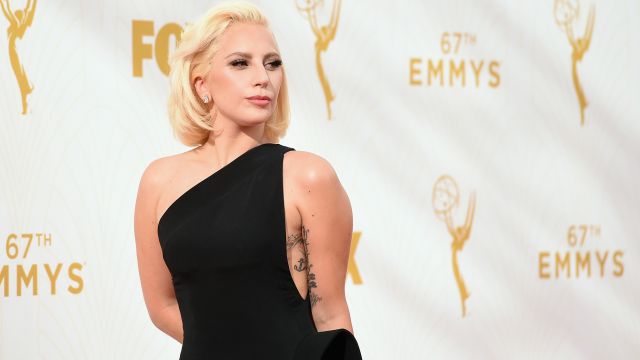 The NFL announced Tuesday Lady Gaga is set to sing the national anthem ahead of Sunday's Super Bowl.

It's going to be a busy month for the one and only Lady Gaga.

The NFL announced on Tuesday the singer-turned-actress is set to sing the national anthem ahead of Sunday's Super Bowl between the Carolina Panthers and the Denver Broncos. (Video via Lady Gaga / Interscope Records)

This will add to Gaga's already impressive list of events in February. She's expected to perform a tribute to late music artist David Bowie at the Grammys on Feb. 15.

Lady Gaga is also up for an Oscar on Feb. 28. She is nominated for Best Original Song for "Til It Happens to You," a collaboration with Diane Warren.

The last time Gaga performed the national anthem on a stage near this size was in 2013 when she kicked off New York City's Gay Pride Parade. She changed the final lyrics from "the home of the brave" to the "home for the gay."

Colplay will highlight the Super Bowl halftime show, with Beyonce set to make an appearance on Sunday.