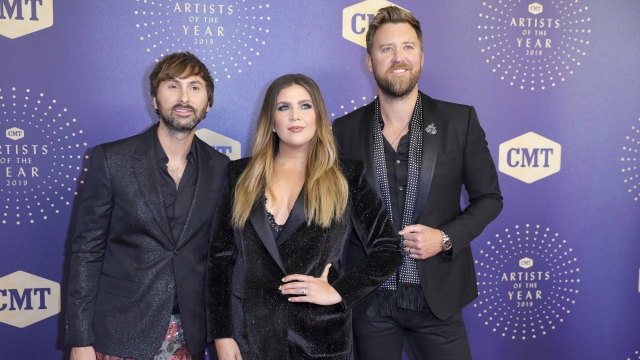 The country trio said they hadn't previously taken into account the pre-Civil War "associations that weigh down" the word "Antebellum."

The superstar country trio Lady Antebellum is now going by the name Lady A.

The band made up of Charles Kelley, Hillary Scott and Dave Haywood announced the change Thursday, saying they hadn't previously taken into account the pre-Civil War "associations that weigh down" the word "Antebellum."

Meaning "before the war" in Latin, the term is now most commonly associated with the "plantation era" or Antebellum South period, when millions of Black people were enslaved in the U.S.

The trio said it got inspiration for the name "Lady Antebellum" from the "antebellum style" house they took photos in when they first formed back in 2006.

Talking about the use of the word, Lady A said, "We are deeply sorry for the hurt this has caused and for anyone who has felt unsafe, unseen or unvalued. Causing pain was never our hearts' intention, but it doesn't change the fact that indeed, it did just that."

The Grammy-award winning band, which is best known for hits like "Need You Now" and "What If I Never Get Over You," released their eighth album last year.