The Government Shutdown Could Affect Our Drinking Water — Here's How 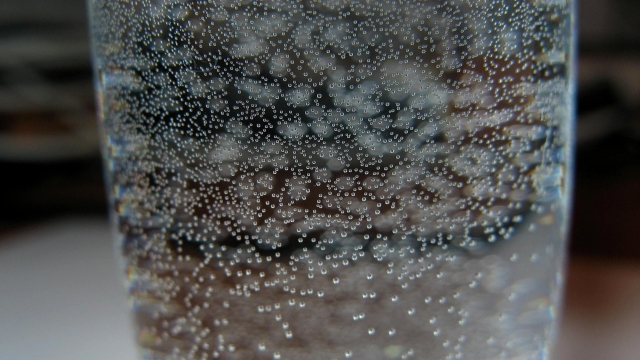 "It's all of the American citizens that are being affected by this government shutdown."

Felicia Chase is an environmental scientist for the EPA. She's one of the agency's more than 13,000 employees who haven't seen a paycheck since the holidays and are waiting to get back to work.

Chase is also a representative for the American Federation of Government Employees, Local 704. The AFGE is the largest union representing federal employees.

With her husband working unpaid at the FAA, Chase's household is feeling the financial pinch — as you might expect. But she's also worried about the shutdown's impact and long-term consequences on the larger public.

Chase has been with the EPA for more than a decade, and she got involved because she believes in the agency's mission to "protect human health and the environment."

"You know, I actually call myself a proud tree-hugger. And it's important to me. I have a child. It's important for us to do the right thing in terms of environmental stewardship."

But the "right thing" for environmental stewardship can't happen without EPA employees on the job. Chase's position is deemed "non-essential," but without people like her…

Chase oversees permits for companies to install injection wells to pump waste related to oil and gas drilling deep underground. Part of her job is to make sure drinking water isn't affected in the process.

Chase worries that the lack of EPA management for waste permits could lead to a public health crisis like the one in Flint, Michigan. A 2018 EPA report found that the Flint water crisis was worsened by a lack of agency oversight.

"I was in the in the process of writing permits. The fact that now I wouldn't be able to do that, you know, finish that work and wondering what these companies may or may not do, you know? Hoping that you know they were going to be good environmental stewards, but hoping that they would not start injecting or disposing of anything before they got their permits that I was in the midst of writing and doing my research and due diligence."

But getting through the shutdown is only the beginning.

"If the government opens today, we would be expected to return to our next shift, which for me would be, you know, just the next working day, work week day. And you know, we'd be in a position where we'd have to play catch up, you know? ... That's not what you want to do when you're talking about people's human health and the health of our environment, you know?"

Chase has been open about the personal financial strain of the government shutdown, but she insists that all Americans are getting stiffed.

"It's all of us losing something that perhaps we have taken for granted and don't think about on a daily basis as to what is being lost by the fact that the government is not currently open."