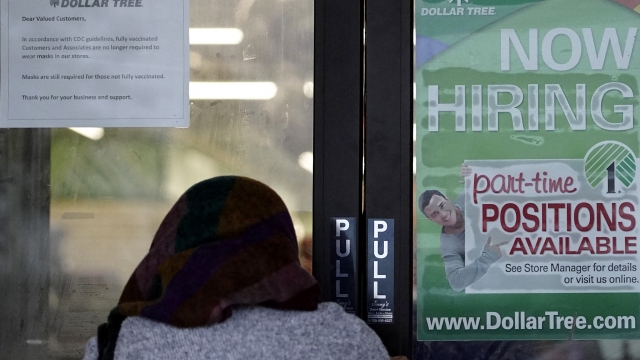 In an encouraging burst of hiring, America’s employers added 850,000 jobs in June, well above the average of the previous three months and a sign that companies may be having an easier time finding enough workers to fill open jobs.

Friday’s report from the Labor Department was the latest evidence that the reopening of the economy is propelling a powerful rebound from the pandemic recession.

Restaurant traffic across the country is nearly back to pre-pandemic levels, and more people are shopping, traveling and attending sports and entertainment events.

The number of people flying each day has regained about 80% of its pre-COVID-19 levels and Americans’ confidence in the economic outlook has nearly fully recovered.

The report also suggested that American workers are enjoying an upper hand in the job market as companies, desperate to staff up in a surging economy, dangle higher wages.

In June, average hourly pay rose a solid 3.6% compared with a year ago — faster than the pre-pandemic annual pace.

In addition, a rising proportion of newly hired workers are gaining full-time work and the number of part-time workers who would prefer full-time jobs tumbled — a healthy sign.

Friday’s report showed that the unemployment rate rose from 5.8% in May to 5.9% in June.

Despite the job market’s steady gains, unemployment remains well above the 3.5% rate that prevailed before the pandemic struck, and the economy remains 6.8 million jobs short of its pre-pandemic level.

Still, joblessness has plummeted from the 14.8% rate in April of last year, just after the coronavirus erupted and triggered tens of millions of layoffs.

Hiring in June was particularly strong in a category that includes mainly restaurants, bars and hotels, which collectively absorbed the brunt of the layoffs from the recession; this category added 343,000 jobs.

Governments added 188,000 positions, mostly in education. And hiring by retailers picked up, with 67,000 jobs added.