How A 'Religious Exemptions' Proposal Could Impact Hiring Rules 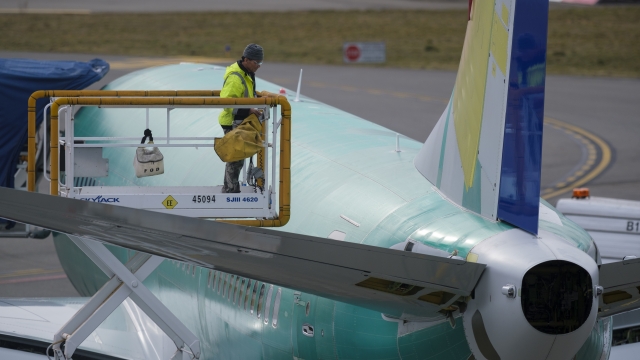 The Labor Department stirred up controversy this week when it proposed a rule that would give businesses with federal contracts the right to make hiring decisions in line with their religious beliefs. Let's get into how exactly this proposal would impact existing legislation.

It involves the Civil Rights Act, which President Lyndon B. Johnson signed in 1964. Title VII of that act prohibits employment discrimination on the basis of race, color, religion, sex or national origin. But not all employers have to adhere to it entirely. It allows religious educational institutions and religious employers to discriminate on the basis of religion.

The proposed rule clarifies what exactly that religious discrimination exemption means for federal contractors: They will not be accused of discrimination for making hiring and firing decisions in line with their religious beliefs. Acting Labor Secretary Patrick Pizzella said the clarification was made because people with deeply held religious beliefs deserve a clear understanding of their obligations and protections.

But some critics, like the ACLU, argue it would "let government contractors fire workers who are LGBTQ, or who are pregnant and unmarried, based on the employers' religious views." The organization says nearly a quarter of workers in the U.S. are employed by federal government contractors.

And, while the new rule is about federal contractors, that "equal footing" interpretation means it could have larger implications on whether religious employers can discriminate on the basis of religion.

Before the rule can be implemented, there's a 30-day public feedback period starting Thursday. Anyone can comment, and all comments will be publicly available.