Teacher Booted From Meeting, Arrested After Asking About Boss' Raise 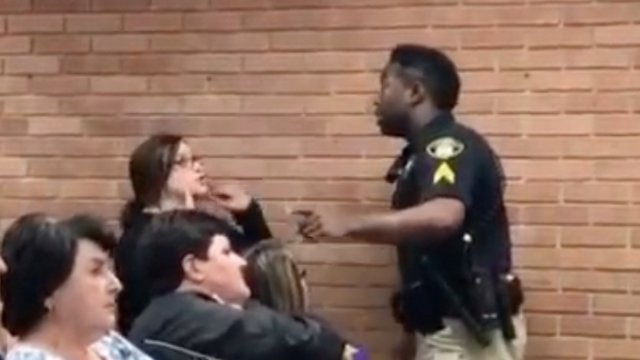 SMS
Teacher Booted From Meeting, Arrested After Asking About Boss' Raise
By James Packard
By James Packard
January 9, 2018
A Louisiana teacher found herself in handcuffs after asking about a superintendent's raise at a school board meeting.
SHOW TRANSCRIPT

A Louisiana teacher was thrown out of a school board meeting and violently put in handcuffs after she voiced concerns about the superintendent getting a $30,000 raise.

Deyshia Hargrave, who works at a middle school in the Vermilion Parish School District, was asking board members about why Superindendent Jerome Puyau was getting a raise when teachers' class sizes were growing without an increase in salary.

"How are you going to take that money?" Hargrave said, adding that it was "absurd ... that we're even considering giving someone a raise when these teachers are working this hard and not getting a dime."

A board member said Hargrave's comments were not "germane to what's on the agenda tonight," to the protest of those in attendance. 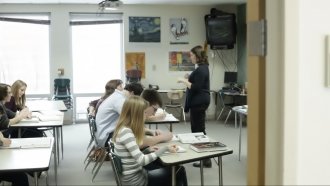 Teachers Are Using Crowdfunding To Get More Classroom Supplies

That's when Hargrave was asked to leave the meeting.

Part of the interaction between Hargrave and the security guard who handcuffed her isn't seen on video. Hargrave said she voluntarily left the room and was standing in the hallway outside when the man pushed her to the ground and forcefully put cuffs on her. The video shows the man asking her several times to leave the room without Hargrave doing so.

When the security guard touches her arm to escort her out, Hargrave says, "do not," and leaves on her own, exchanging a few more words with the board members.

After putting her in handcuffs, the security guard said she did not comply with his commands.

As soon as Hargrave was put in handcuffs, people started walking out of the meeting. Local media reports she won't be charged.