LA's Olympic Pedigree Makes It A Better US Bid Than Boston 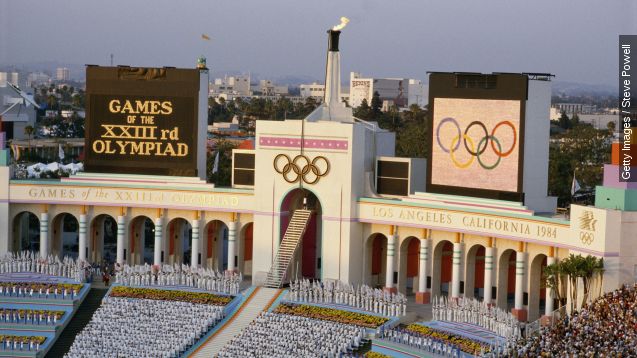 SMS
LA's Olympic Pedigree Makes It A Better US Bid Than Boston
By Matt Moreno
By Matt Moreno
July 29, 2015
Boston terminated its bid for the 2024 Olympics. Now, Los Angeles, with its many sports stadiums, appears to be the U.S.' pick for the games.
SHOW TRANSCRIPT

With Boston out of the running to host the 2024 Summer Olympics, Los Angeles looks poised to step in as the U.S.' next best choice for an Olympic host city.

Los Angeles Times reports LA officials and the U.S. Olympic Committee have come an agreement about the city being the U.S.' bid to host the 2024 Summer Olympics. The city council will vote on it Tuesday.

The report says the bid estimates $4.1 billion in expenses, with Mayor Eric Garcetti ready to sign taxpayers up for a $400-million contingency fund. If taxpayers footing the bill for the Olympics sounds familiar, it should.

Boston's bid fell apart over concerns about the city footing the bill for cost overruns from the Olympics.

In years past, host cities have sunk billions of dollars into creating Olympic venues and supporting infrastructure — just to see them abandoned weeks later.

But many are pointing out Los Angeles wouldn't need a crazy influx in venues, and the city's successful and fiscally responsible 1984 games could help it make a strong case to the International Olympic Committee.

Los Angeles County is home to more than 10 million people, seven professional sports teams and two major universities with enrollments of more than 40,000 students each.

And, of course, we should mention the emphatic push to bring an NFL football team to LA. At least two proposals are on the table for new, state-of-the-art stadiums with capacities ranging from 60,000 to 80,000.

A representative from the Southern California Committee for the Olympic Games told Newsy specific plans for hosting the games in LA were submitted to the city in January and haven't been made public. He says the process took about three years.

Reports say Memorial Coliseum would be the focal point of the games. The stadium is currently home to the USC Trojans football team and holds about 93,000 people. (Video via KCAL)

And if you thought hotels would be a problem, the Los Angeles Tour and Convention Board says there are nearly 1,000 hotel properties in the LA County area, with more than 97,000 available rooms.

When news broke in January that Boston, not LA, would be selected as the U.S. Olympic Committee's pick, Los Angeles Times writer Bill Plaschke wrote that there's a big reason why:

"The USOC's fear was that the world's Olympic bosses would look at Los Angeles as 'been there, done that.' The thought was that the IOC is always hoping to cross new borders, forge new territory, bring the Games to groundbreaking places. That is, incidentally, how they ended up in the mess that was Sochi."

The City of Angels has submitted bids to the Olympic Committee in recent years with no luck, losing out to New York City for the 2012 games and Chicago for 2016.