Looks Like This Winter Will Have Some Weird Weather 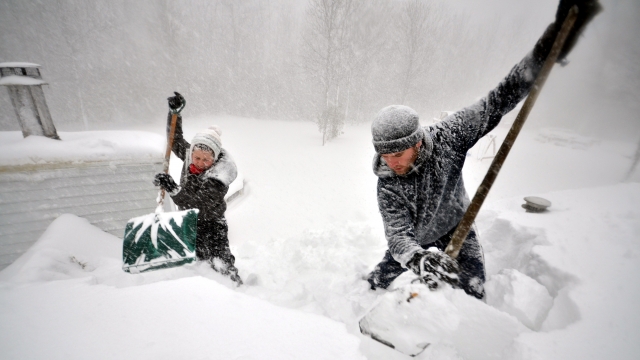 Forecasters are predicting a La Niña event in the Pacific Ocean, so those up north might want to bundle up.

Winter is coming. OK, that joke might be a little old — but really, we're about to have a pretty chilly couple of months.

Forecasters are predicting a La Niña event in the Pacific Ocean. Basically, that means people up north are going to want to invest in some space heaters.

And from the looks of it, the U.S. will be striped with different weather patterns. Southern states can expect drier than normal conditions. northern states, on the other hand, will be colder and wetter. And middle states might get a mix of both.

Unfortunately for the West Coast, La Niña won't help the drought situation. California has been in a drought for about six years now, and that part of the country is probably going to stay dry.

One weather expert said the Golden State would need several wet winters and abnormally high precipitation to come back from the drought.

Another forecast from the Atmospheric and Environmental Research firm sees the cold extending down a little further on the map to include cities like Chicago and Washington, D.C.

So, if you like snow, this is probably really good news. But if you don't, well, better luck next time.