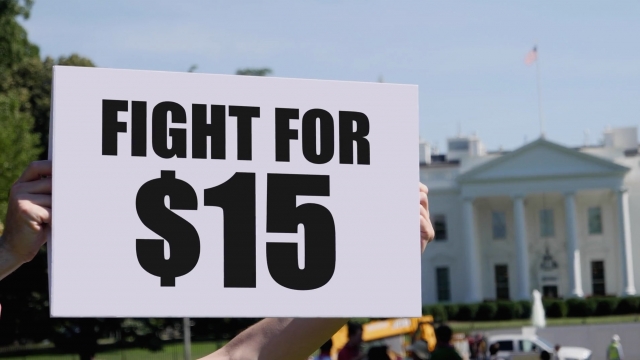 SMS
L.A., NYC and D.C. To Hike Minimum Wage to $15 in 2020
By Cat Sandoval
By Cat Sandoval
January 1, 2020
The three major cities will join Seattle and San Francisco in in having increased the minimum wage to the $15 level.
SHOW TRANSCRIPT

In 2020, Los Angeles, Washington D.C. and New York City will join Seattle and San Francisco in increasing their minimum wage to $15 an hour.

The current federal minimum wage of $7.25 hasn't moved since 2009. It's the longest time the country has gone without raising the minimum wage, so cities and states are taking it upon themselves to raise it.

The Pew Research Center found 67% of Americans support raising the minimum wage to $15 an hour, yet the legislation has struggled to pass.

Terrance Wise, Fast Food Worker: "You should never have multiple jobs in the United States and nowhere to sleep. I work for McDonald’s, the second-largest private employer in the world and still rely on food stamps and Medicaid."

The Democratic-controlled House passed the "Raise the Wage Act" last year to increase the minimum wage to $15 by 2025, but the Republican-majority Senate refused to consider it. This upcoming election could decide the bill's fate. 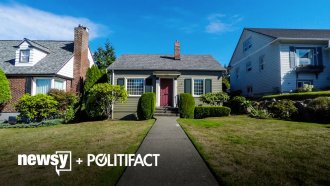 While the Congressional Budget Office found a $15 minimum wage would help 17 million workers, it could also cut 1.3 million jobs. But other studies, like the one by the American Economic Review, suggest the increase won't cause job loss at all, or if it does, it would be insignificant.

So far, six cities and seven states already have or plan to increase their wages to $15 ahead of a federal bill. Chicago is one of those cities, and workers will see that increase by 2021.

Tyree Johnson, Fight for $15 member, McDonald's employee: "I want it now but I can live with 2021…  "You don't have to worry about how I'm going to pay this bill on time or I'm going to pay my rent first. It doesn't make sense that we're struggling and McDonald's is getting richer off of our hard work."

Johnson is part of Fight for $15 — a group of fast-food workers who began the push for $15 an hour in 2012. Former New York Times reporter Steven Greenhouse, who first covered the movement, called it laughable at first. 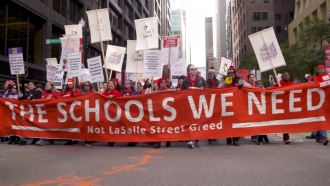 Greenhouse:  "Just 200 workers walked out for one day in New York City, they worked at around 20 restaurants. And I thought this isn't going to go very far…  And here we are seven years later, and it's you know, mushroomed into this big campaign."

The movement not only caught on in states and cities, it also pushed companies like Target and Amazon to increase to $15 an hour. And Greenhouse says the push for a higher rate is going to have a lot of visibility this coming election.

Greenhouse: "The Democratic presidential candidates realized that one important way to win over blue collar Americans is to support a higher minimum wage. It's an overwhelmingly popular idea among working class Americans."