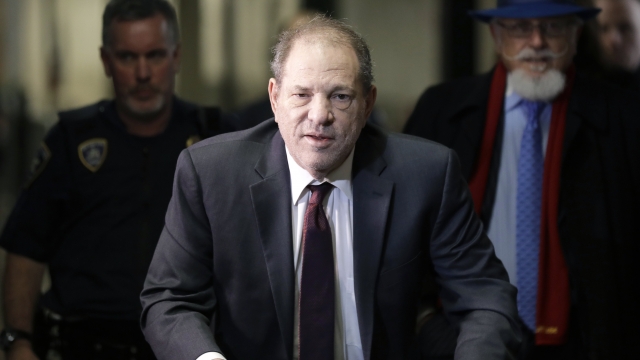 Prosecutors in Los Angeles have charged Harvey Weinstein with an additional count of sexual assault for allegedly assaulting a woman at a Beverly Hills hotel in 2010.

In February, the former film producer was convicted of rape and sexual assault in New York and is serving a 23-year prison sentence there.

He plans to appeal his New York conviction, so it's unclear when he'll be transferred to Los Angeles County for arraignment.

In addition to the new charge, prosecutors in Los Angeles have accused Weinstein of sexually assaulting two women in 2013.

L.A. prosecutors said Friday they won't pursue two other cases involving Weinstein because the women said they won't testify against him.

Weinstein could eventually face even more charges. L.A. County District Attorney Jackie Lacey said investigators are still strengthening their case against him. She said if they find evidence of "a previously unreported crime" they'll investigate and "determine whether additional criminal charges should be filed."

An attorney for Weinstein did not immediately get back to reporters Friday.