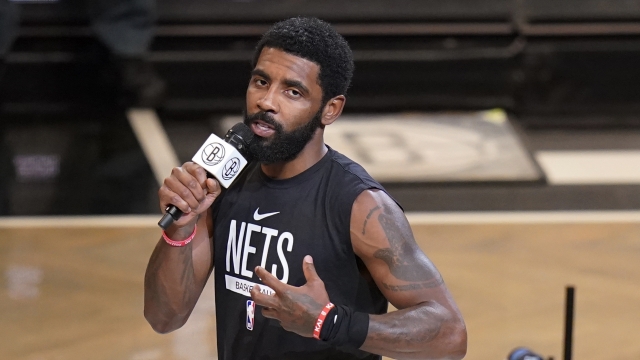 The apology comes after the basketball player was suspended without pay for at least five games by the Nets after he posted a link to an antisemitic video on Twitter and doubled down on his stance.

Statement from the Brooklyn Nets pic.twitter.com/699px8XYpx

The Brooklyn Nets said in a statement, "We were dismayed today, when given an opportunity in a media session, that Kyrie refused to unequivocally say he has no antisemitic beliefs, nor acknowledge specific hateful material in the film. This was not the first time he had the opportunity - but failed - to clarify."

Hours after the organization posted the reasoning behind Irving's suspension, he made a late-night post on Instagram, saying, "I had no intentions to disrespect any Jewish cultural history regarding the Holocaust or perpetuate any hate. I am learning from this unfortunate event and hope we can find understanding between us all. I am no different than any other human being. I am a seeker of truth and knowledge, and I know who I am."