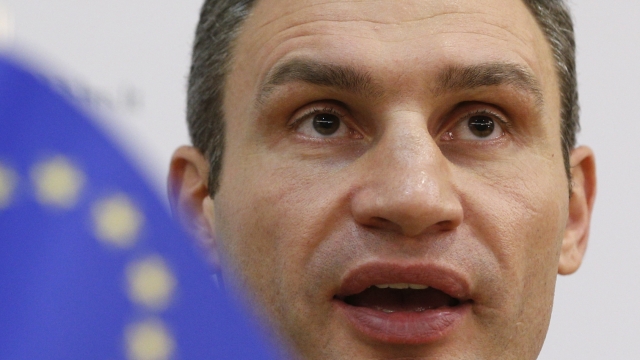 It's been seven months since Russian President Vladimir Putin ordered troops to invade Ukraine, and while Russia's offensive has subsided, the war appears to be far from over.

Russia on Friday will formally annex four occupied regions of Ukraine where it held Kremlin-orchestrated “referendums” in which it claimed that residents had voted overwhelmingly to live under Moscow’s rule.

Kyiv Mayor Vitaly Klitschko was joined by other Ukrainian officials and Western nations in denouncing the vote as a sham.

"It's fake," he said, "Putin is trying to legalize his illegal activities in Ukraine."

Meanwhile, the Kremlin has struggled to replenish its troops in recent weeks, with Putin ordering a partial mobilization of reservists. He also warned the West that he isn't bluffing over using everything at his disposal to protect Russia — an apparent reference to his nuclear arsenal.

Klitschko said many Ukrainians feel safer than they did earlier in the war — thanks to Western defense support — but they're still nervous about the threat of nuclear weapons.

"Every war has clear rules, but this war has no rules," Klitschko said. "It's genocide of the Ukrainian population."