Ky. Medicaid Recipients Will Get Vision And Dental Benefits Back 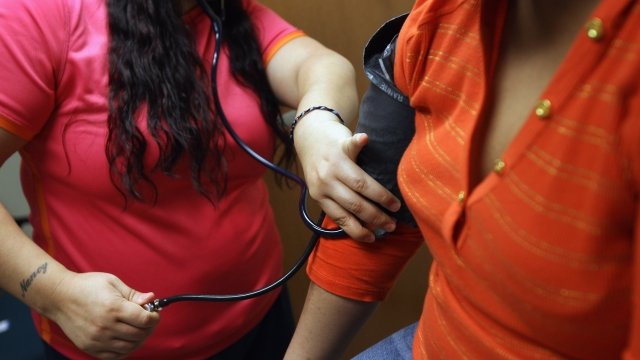 The state of Kentucky is reinstating vision and dental benefits for its hundreds of thousands of residents enrolled in Medicaid.

The coverage was cut on July 1 after a federal judge blocked Kentucky Gov. Matt Bevin's plan to overhaul the state's Medicaid system, called Kentucky HEALTH. The cuts drew criticism from some Democratic lawmakers and others who advocate for public health.

On Thursday, Kentucky's Cabinet for Health and Family Services announced the renewed benefits, saying the move is meant to "avoid a prolonged coverage gap" while the federal Medicaid agency reviews the state's program. Kentucky will cover eligible claims that were incurred after the court action, including those for non-emergency transportation services.

The ruling is considered a snag in the Trump administration's plan encouraging states to implement Medicaid work requirements.