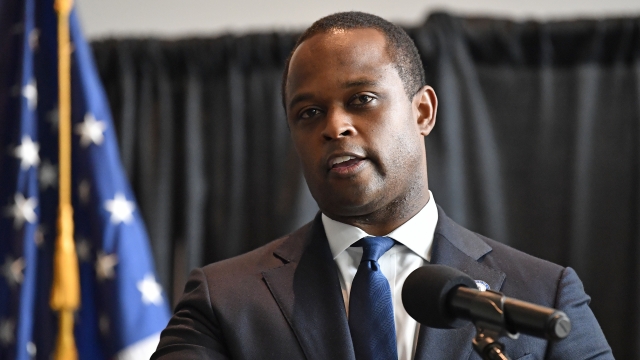 Kentucky Attorney General Daniel Cameron has until noon on Friday to release grand jury recordings in the Breonna Taylor case.

The office of the attorney general had asked for an additional week extension in order to redact personal information of witnesses.

Cameron’s office says the audio recording is 20 hours long. It also appears several witnesses have requested their information be redacted, according to a motion filed in the case.

This all comes after an anonymous juror filed an initial motion with the court requesting the grand jury proceedings be released.

“My client wants to make sure that anything that happened in there becomes something of public knowledge to the extent it's legally allowed to,” Grand Juror’s attorney Kevin Glogower said.

On Tuesday, Cameron told local media he did not present the grand jury with murder charges against two Louisville police officers in Taylor’s death, calling it “not appropriate.”

"They're an independent body. If they wanted to make an assessment about different charges, they could have done that," Cameron said. "But our recommendation was that Mattingly and Cosgrove were justified in their acts and their conduct."

Three officers were involved and have not been charged directly with Taylor’s death after firing into her apartment in March. One was charged with three counts of wanton endangerment after bullets he fired tore into a neighbor's home.

Cameron said murder charges were not recommended because Taylor’s boyfriend, Kenneth Walker, who was inside her apartment at the time shot first, hitting one of the officers.

“I don't want to hear that the grand jury determined it, if it's your office that unilaterally determined not to charge any officers with the death of Breonna Taylor,” Baker said.

According to Kentucky law, just because a grand jury decides not to return an indictment, that does not prevent the case from being presented to another later.