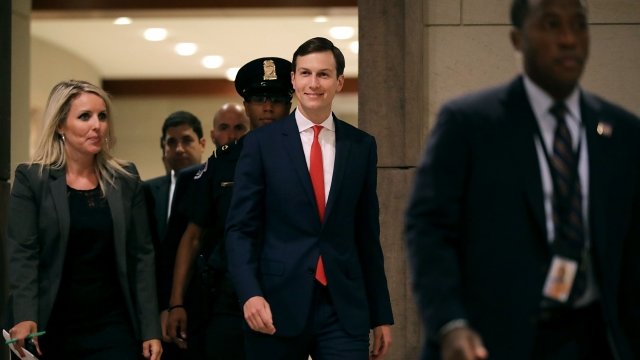 SMS
Kushner Business Reportedly Got Big Loans After White House Meetings
By Katherine Biek
By Katherine Biek
March 1, 2018
Jared Kushner resigned as CEO of Kushner Companies last year, but he still retained some of his interest in the company.
SHOW TRANSCRIPT

The family real estate business of Jared Kushner reportedly received millions of dollars in loans from two companies whose leaders met with him in the White House last year.

Kushner reportedly met with top officials from both companies in the months leading up to those loans. Sources told the Times that Kushner discussed a possible role within the White House with Apollo's founder and discussed financial and trade policy with Citigroup's chief executive.

A spokesman for Kushner's attorney said the senior adviser to President Donald Trump "has taken no part of any business, loans or projects with or for" Kushner Companies since joining the White House. 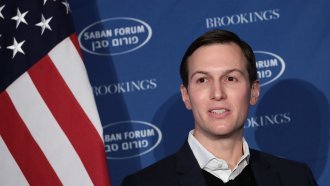 And spokespeople for both companies asserted the loans granted to Kushner Companies were unrelated to the meetings.

Kushner resigned as CEO of the real estate business in early January 2017, but he still retained some of his interest in the company.