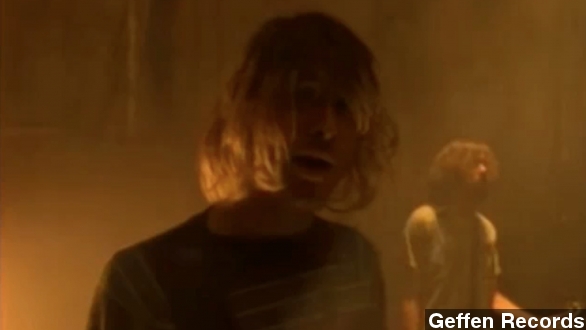 Frances Bean Cobain is the executive producer on a documentary about her late father, Nirvana frontman Kurt Cobain.

It's going to be called "Montage of Heck," and Frances described it as an, "intense yet wonderful examination of Kurt's life & art."

The reason this is piquing interest is because it's the first documentary on the singer that's authorized by his family. Well, obviously authorized, because his daughter is producing it.

And "authorized" is an important word. There have been unauthorized documentaries. A recent one in post-production is called "Soaked in Bleach." It's about the events leading up to Cobain's death.

Although The Independent described it as more of a "death conspiracy film."

Having family backing comes with perks — like the promise of never-before-seen home videos. Cobain committed suicide in 1994. He was 27. Frances was almost two at the time.

Frances' upcoming documentary on her father is directed by Brett Morgen. He's behind other documentaries like "Crossfire Hurricane," which is about The Rolling Stones.

The film is due out in 2015, and in fitting news, Cobain's band, Nirvana, was also inducted into the Hall of Fame this year.