Kurdish Group Says Its In Talks With Syria On Country's Future 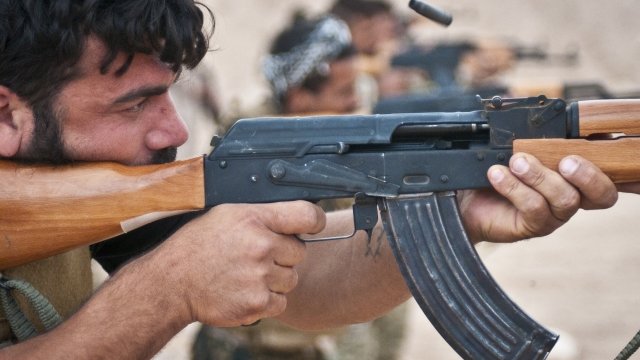 SMS
Kurdish Group Says Its In Talks With Syria On Country's Future
By Jake Jones
By Jake Jones
July 28, 2018
The Syrian Democratic Council says its working with the Syrian government on creating a path to a "decentralized democratic Syria."
SHOW TRANSCRIPT

Kurds in Syria say they met with President Bashar al-Assad's government to discuss the country's future.

It said the two sides are working towards an end to the yearslong violence and to "chart a road leading to a decentralized democratic Syria."

That's big news; Assad previously said he would take back "every inch" of territory.

The Syrian civil war started back in 2011 as a mostly peaceful opposition to Assad.