Kroger Tells Customers To Not Openly Carry Guns In Its Stores 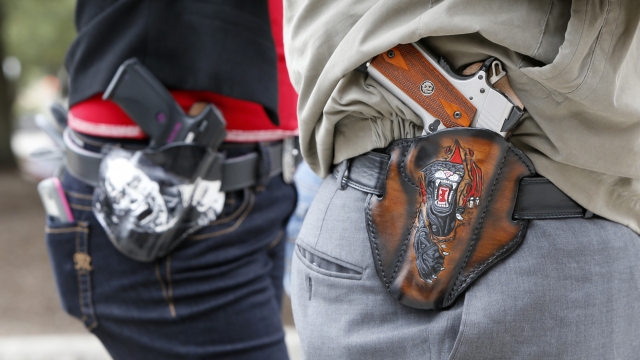 Kroger wants customers to no longer openly carry firearms inside its stores.

Kroger operates nearly 2,800 stores in the U.S., and it previously allowed customers to openly carry guns if the local or state law allowed it. Now, the only exception to Kroger's new policy will be for authorized law enforcement.

Kroger's announcement followed a similar one from Walmart. Under its updated policy, Walmart said it will also stop selling certain types of ammunition.

Both companies are making the changes in response to a number of deadly shootings, including two that happened inside Walmart stores over the past few months.

Kroger said in a statement, "We recognize the growing chorus of Americans who are no longer comfortable with the status quo and who are advocating for concrete and common sense gun reforms."

After the 2018 Parkland, Florida, school shooting, Kroger stopped selling guns and ammunition to customers under 21 in its Fred Meyer stores.