Kroger Cashier Loses His Wedding Ring In A Grocery Bag 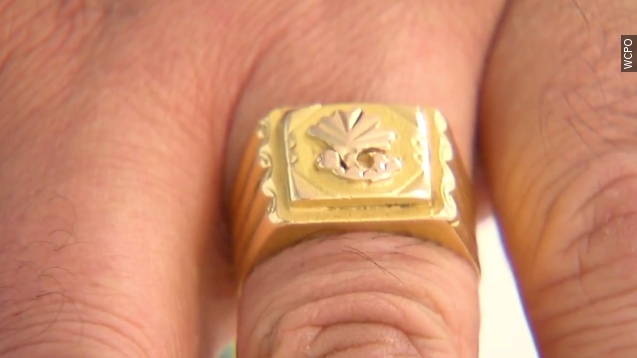 Losing your wedding ring in a customer's grocery bag would be a nightmare in itself. Answering to the angry wife — we don't even want to go there.

Newsy's partners at WCPO report a cashier at a Kroger in Ohio realized his ring was missing after he had been bagging groceries.

"When Kiran Shah looked down at his left hand ..." the WCPO reporter said.

"I realized that I lost my wedding ring," Shah said.

"He tried to find it, with no luck," the reporter said. "Turns out his wedding ring ended up in a customer's bag of groceries."

Shah, who has been married for 32 years, thought he'd never see that wedding ring again.

But one of Shah's managers at Kroger hadn't given up hope.

In a post on Facebook, she asked customers to check their bags. It's hard to believe, but one customer did just that and found it.

"She came here to meet me, I got your ring. And I said 'Thank you very much,'" Shah said.

Shah tried to give her a reward, but she refused.

"She says, 'I don't want anything. I give you the ring back. That's my pleasure,'" Shah said.

Now, Shah wears the ring on his pointer finger so it won't slip off again. We also recommend getting it resized to fit.