Krispy Kreme's Packaged Goods Are Putting A Hole In Sales 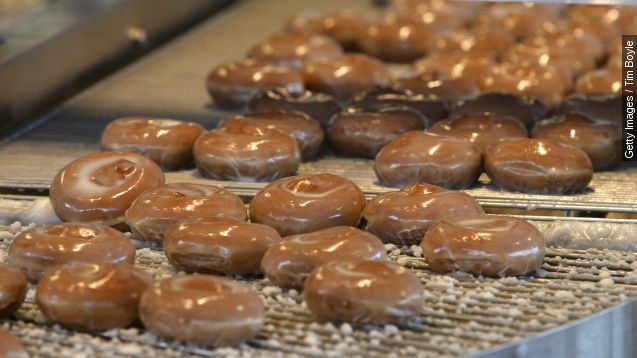 Krispy Kreme's "Hot Now" doughnut beacon is a gift to consumers, but it's probably not helping sell doughnuts outside of Krispy Kreme stores.

The company's shares fell Thursday to their lowest point since 2013, and it might have something to do with where consumers want to buy doughnuts. Let's just pause here for a second.

CNN reports the company has tried to expand its range of products sold outside its stores, much like what competitors Dunkin' Donuts and Starbucks have done, but that strategy hasn't been working out.

Despite the rough numbers, Krispy Kreme still plans to open new stores in the U.S. and internationally. According to the Winston-Salem Journal, the company plans to open more than 250 stores, including 10 in Myanmar, by the end of fiscal year 2017.

This video includes images from Getty Images and music from "Frontusis" by Birocratic / CC BY 3.0.