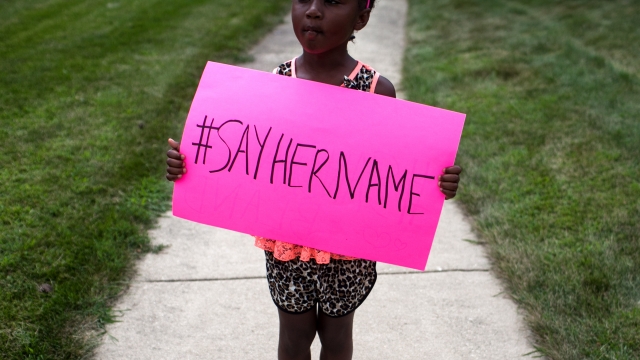 "We discharged one round at her. In turn, she fired several rounds back at us. We fired again at her, striking and killing her," said Baltimore County Police Chief Jim Johnson.

Activists are demanding more information after a 23-year-old Maryland mother was killed Monday in a reported exchange of gunfire with police after an hourslong standoff. That incident also left her 5-year-old son with a non-life threatening gunshot wound.

Baltimore County Police say they entered the home of Korryn Gaines to serve an arrest warrant.

"The officers determined that the female was wielding around with a shotgun. Pointed it at one of the three officers," Johnson said.

Without witnesses or video of the shooting, the community has only the police account of what happened. And that's little solace to activists who've been critical of police after the deaths of black men and women like Philando Castile, Sandra Bland and Alton Sterling.

Gaines' name has also been included in the "Say Her Name" campaign, which seeks to call attention to police violence against black women.

According to The Washington Post's database on deaths from police shootings, Gaines is the ninth black woman shot and killed by police this year.