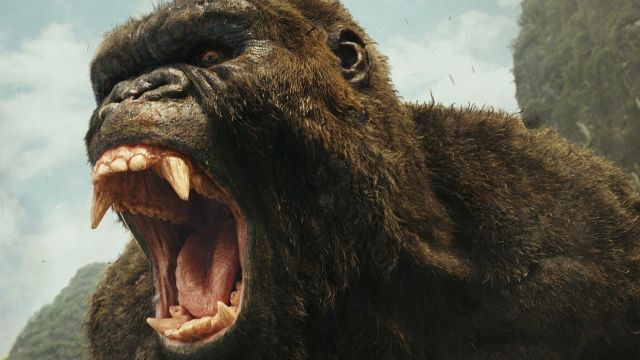 The world's most famous monster movie franchise is making a rather expensive comeback. Taking the No. 1 spot this week is "Kong: Skull Island," bringing in an estimated $61 million. The $61 million debut bests all analyst predictions for the release.

It's also a better debut than the 2005 Kong reboot, which barely broke even at the domestic box office.

But much like the 2005 version, this new Kong was an expensive movie to make — costing more than $185 million. Kong needs to overperform here in the states as well as at the foreign box office to make its money back.

Fortunately for the folks at Warner Bros., they have a pretty good movie on their hands.

"It is an adrenaline-fueled montage of carnage and destruction that King Kong fans have likely been waiting their whole lives to see," IGN's Alex Welch said.

Recently, monster movies have been a little heavy-handed with the drama. "Skull Island" skews the other way — same destruction but a much lighter tone.

Falling to second place this week is "Logan," bringing in an estimated $38 million in its second week out. After just 10 days in theaters, "Logan" is well on its way to half a billion dollars worldwide, giving Hugh Jackman's Wolverine the send-off he deserves.

And finally, "Get Out" is the horror film riding amazing reviews and nonstop word-of-mouth to be one of the best box office holds of the year so far. "Get Out" brought in an estimated $21 million in its third week out.

Along with being a major critical success, Jordan Peele's directorial debut is also more than profitable. Despite only costing $5 million to produce, "Get Out" has brought in $111 million to date.

As for next week, the most famous ballroom dance in movie history in "Beauty and the Beast."