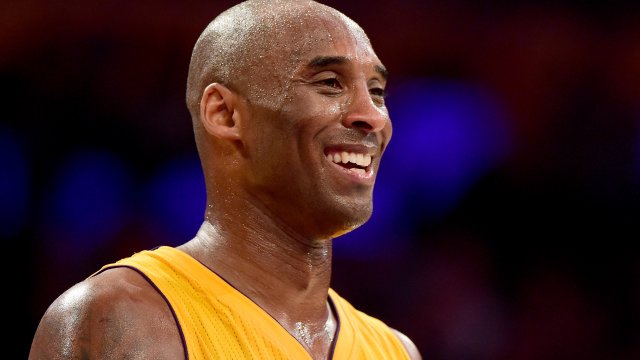 SMS
Kobe Bryant's Legacy Transcended Sports
By Austin Kim
By Austin Kim
January 26, 2020
The late Kobe Bryant made his name on the court. But his impact on basketball made him a household name around the world.
SHOW TRANSCRIPT

There are few athletes who can be recognized by a single name. Like Tiger, Serena or LeBron, Kobe is in that select group.

Kobe Bryant was more than a legendary basketball player. His brand transcended sports, and he became one of the most recognizable people in the world.

Bryant made the jump to the NBA straight out of high school. He was the 13th overall pick in the 1996 NBA draft. He had a 20-year NBA career, all of them in a Los Angeles Lakers uniform.

In an era when player legacies are defined by winning, his success was the envy of fellow athletes. He won five NBA championships, two individual scoring titles and an MVP award. At the time of his death, he'd scored the fourth most points in NBA history.

His legacy as a tenacious competitor made him one of the most marketable athletes ever.  Bryant earned hundreds of millions in endorsements alone, solidifying him as a global icon.

His career was not without controversy. A 19-year-old woman accused Bryant of sexual assault in 2003. Bryant faced criminal charges, but prosecutors later dropped them after his accuser refused to testify. The Lakers star said he'd considered the encounter consensual and issued a public apology to his wife as well as his accuser.

The 18-time all-star retired in 2016, scoring 60 points in his final game. But he did not slow down in his post-playing career. Bryant focused on business ventures, including founding the production company Granity Studios. He also won an Academy Award in 2018 for Best Animated Short.

Notably, Bryant's success came during the rise of the internet, utilizing a platform superstars before him never had and truly making him a modern-day legend. Now, the basketball world honors the life of one of its greatest players. Kobe Bryant was 41.

This story contains footage from CNN