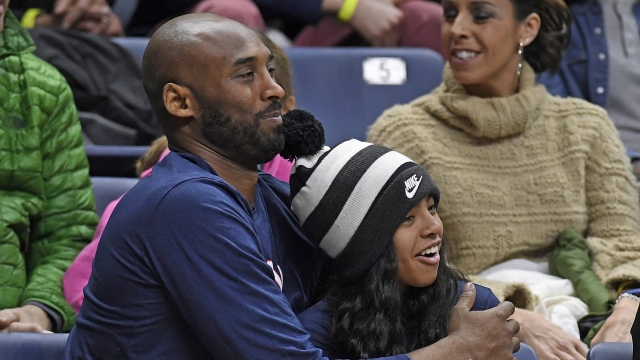 California Gov. Gavin Newsom signed a bill into law on Monday that will make it illegal for first responders to take photos at an accident scene or crime scene "for any purpose other than an official law enforcement purpose."

The new legislation, called the "Kobe Bryant Act of 2020," was prompted by deputies taking and sharing photos of the helicopter crash that killed Kobe Bryant, his daughter Gianna and 7 others in January.

Los Angeles County Sheriff Alex Villanueva previously said eight deputies took or shared graphic photos and he ordered them to be deleted. At that time, Villanueva also said there was already a policy against taking and sharing crime scene photos, but it did not apply to accident scenes.

Vanessa Bryant, Kobe's widow, has sued the Los Angeles County sheriff for the photos being shared. The suit said she "feels ill at the thought of strangers gawking at images of her deceased husband and child and she lives in fear that she or her children will one day confront horrific images of their loved ones online." Damages are being sought for negligence, invasion of privacy and intentional infliction of emotional distress.