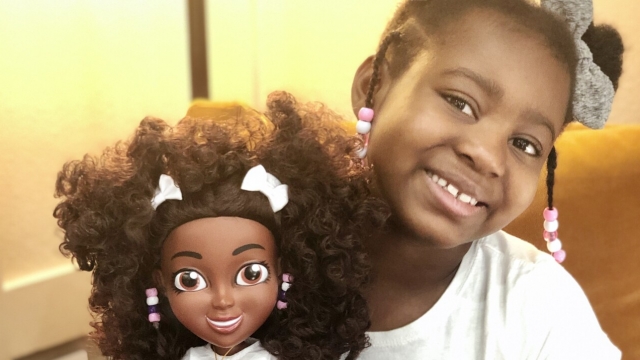 A Phoenix woman invented an interactive doll to encourage underrepresented kids to learn more about computer science and inspire them to join the field.Bukola Somide has been a software engineer for 17 years. She said often, she's the only Black person or Black woman on her team."So I know there's a need, so I know there's a scarcity," she said.She created the character 'Somi the Computer Scientist' to help teach little ones computer science concepts. It started off as a storybook."I feel like there's a lack of relatable mentors in this field, so that's why I created this underrepresented character," Somide said.She wanted to educate and entertain kids, so that's how the doll was born. Somi speaks 220 words in 12 different phrases. She explains concepts like algorithm, HTML, artificial intelligence and code. Somide said her look was just as important."I wanted her to emulate an underrepresented child so they can see her and be inspired. I really want to shatter that mental glass ceiling that sometimes limits us when we don't see models in the field that we're interested in or not even be aware of," she said.Somi is named after Somide's daughter, who is now 7 years old."Somi the Computer Scientist is here to engage, educate and inspire and boost the confidence of children everywhere, so that's why I'm doing this."Bukola recently teamed up with a nonprofit that will fund getting the doll and a computer science workbook to teachers for free.Learn more about Somi here.This story was originally published by Claudia Rupcich on abc15.com.