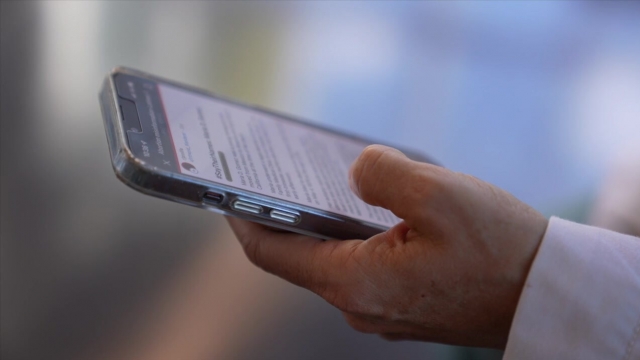 One doctor says she sees posts on social media all too often that are spreading false information.

Medical misinformation can come from family, friends, doctors, or the internet.

It's become so prevalent that the World Health Organization said we're in an "info-demic."

Dr. Melissa Simon said she sees posts on social media all too often that are spreading false information, especially about abortion. She said they are disproportionately targeting Latinas.

"There's three buckets of disinformation. One is around repercussions or potential repercussions of seeking abortion care and immigration or migration status," Simon said, "The other is just fear, fear-mongering around the safety and efficacy of abortion. The third bucket is around fear-mongering around religion and how one would be an outcast or a sin if they sought abortion care."

Dr. Simon says these false claims are harder to fight when online posts are in Spanish.

"There's some editing of disinformation in English. The non-English speaking posts are actually not being edited," Simon said.

The amount of misinformation — and the ease with which it can be found — is especially troubling given TikTok's popularity with young people.

She says many patients have come to her with questions about medical care and access to abortion after reading misinformation online. She says some have even delayed care.

But it's not just abortion misinformation circulating online. Prescription company 'Good RX' found that 70% of Americans have been exposed to medical disinformation.

Of those exposed, almost half were not confident in their ability to decide between the truth and misinformation.

To battle misinformation, Dr. Simon says if you read something medical that gives you an emotional reaction, think twice. It could be misinformation. She adds to report the post and warn friends and family.

Dr. Simon says leaders need to step up and regulate misinformation in languages beyond English. She says it's about saving lives.