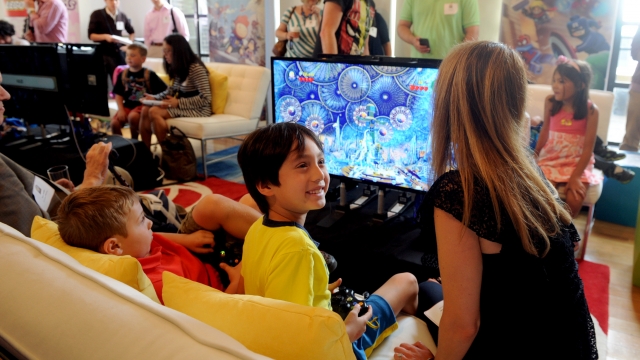 For a long time, the prevailing thought about video games is they rot people's minds and have the potential to promote violence, but a new study, published in the Journal of Scientific Reports, shows video games might give kids an intellectual boost.

The study took 5,000 kids and found the ones that played more than the average hour of video games each day wound up with higher intelligence scores than the ones who spent less time playing games.

“I actually use [video games] specifically in class,” said Daniel Melleno, a professor of history at the University of Denver. “The whole point of [the games I use in class] is to take a culture and distill it into the perfect representation of a culture.”

Melleno uses the video game Civilization VI, a turn-based strategy game, in class. The video game allows players to choose historical characters as they compete alongside computer-controlled opponents to grow their individual civilization from a small tribe to control of the entire planet.

“Reading a book in your dorm room surrounded by all this stuff isn’t actually super conducive to absorbing information,” said Melleno. “Video games require you to actually focus in a way that reading doesn’t necessarily, right? We want people to be active readers, but that’s a skill you have to learn where video games is sort of an intrinsic skill that a lot of [students] have already.”

Historical games like Civilization are not the only types of video games with proven benefits. Even shooting games have their perks as they can improve things like communication, eye-hand coordination, strategizing and executive decision-making.

The study found the intelligence boost might be from the enriched environments that force kids to tackle tasks they might not find in everyday life.

Researchers say the neural pathways involved in accomplishing the game might be involved in other types of real-world decision making that factor into intelligence.

“It’s really a wonderful gateway for thinking about history or whatever,” said Melleno. “Like, you learn about orbital mechanics and it’s not an educational game. It’s a game where you shoot a rocket, you know? Minecraft lets you build whatever you want. Those are great things to do.”

This story was originally published by Daniel Grossman on thedenverchannel.com.