Klobuchar Aims To Broaden Support Ahead of Super Tuesday 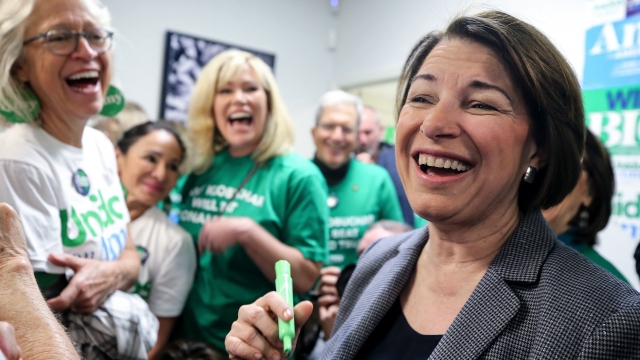 A day before South Carolina's presidential primary, Senator Amy Klobuchar is skipping ahead to Super Tuesday states like here in Virginia.

Despite a third-place finish in the New Hampshire primary, she performed poorly in the Iowa and Nevada caucuses, and recent South Carolina polling shows her far behind other contenders.

The Minnesota Senator has struggled to gain footing in a crowded primary field.

"It does seem like people are now looking for something entertaining in their Democratic candidates," said Elena Trosclair of Virginia. "She is not entertaining, but I think we’ve had enough entertainment in the White House already."

"I’m looking for a pragmatic progressive and I think thats what Amy is," said Keith Malley of Arlington, Virginia. "I think she's going to do well on Super Tuesday."

There are fourteen states which will hold their democratic primary on Tuesday, including Virginia and the Senator’s home state of Minnesota.

Like many of the other Democratic Presidential candidates, Klobuchar is trying to unite a broader base of support ahead of Super Tuesday, hoping to pull in undecided voters.

Amy Klobuchar’s campaign has announced she will be in her home state of Minnesota on Tuesday night for Super Tuesday, hoping to rally much-needed support.