Klobuchar Calls Out Drug Settlements That Keep Generics Off The Market 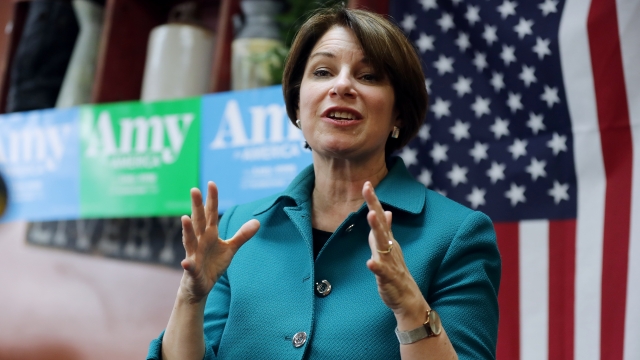 Health care issues are frequently a point of discussion in Washington, D.C., and on the presidential campaign trail. During a CNN town hall, Sen. Amy Klobuchar laid out some of what she thinks is wrong with our current system.

"We can stop this horrible practice where big pharmaceuticals pay off — they literally pay off — generics to keep the prices and the competition off the market. That's bad, and we can fix this," Klobuchar said.

The process Klobuchar mentioned is known as "pay-for-delay" or reverse payment agreements, and it's a legal practice. Here's how it works: If a generic drug company wants to put its product on the market, it can challenge the patent held by the brand-name drug. That legal proceeding often ends with a settlement between the two companies. Often the generic drug maker agrees to keep its product off the market for a certain amount of time, and in exchange, the brand-name drug maker agrees to pay the generic company.

Those payments from the brand-name to the generic companies, which can be millions of dollars, are the key issue. In the end, brand-name drugs get to keep their monopoly on the market for a while longer, effectively allowing them to keep their prices high.

In 2013, the Supreme Court said "large and unjustified" payments from brand-name to generic companies can be anticompetitive and therefore illegal. That swung open the door for the Federal Trade Commission to scrutinize reverse payment agreements.

Experts told our partners at Politifact that since then, pharmaceutical companies have still reached agreements with each other. But instead of paying off generics companies with cash, brand-name drug makers have used other bargaining chips to keep competitors happy.

But whether the drug companies are exchanging cash or trade secrets, in both scenarios, the end result is the same: Generic drugs are kept off the market. The drug companies win, and the consumers lose. The FTC estimates these deals cost consumers and taxpayers $3.5 billion every year.