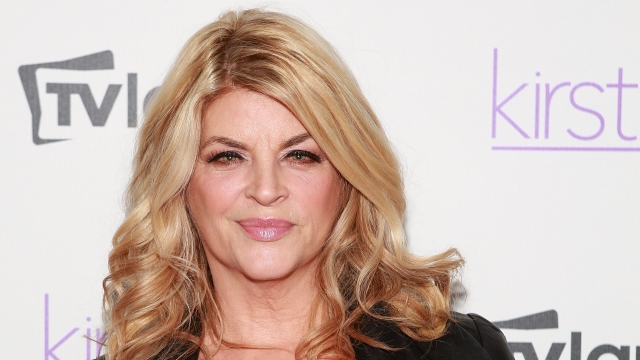 The "Cheers" star tweeted her support of The Donald and added, "Takes balls to go for POTUS ... My hat's off to anyone brave enough to aspire & give it their best shot. Lucky to [be] in USA where it's possible."

If you assumed backing the most unpopular presidential candidate this year would be controversial, you'd be right.

Alley's tweet brought a flurry of tweets her way, and she's spent some time defending her choice for president. But, honestly, Alley's endorsement shouldn't be that much of a surprise. In January, she praised the billionaire for "waking this country up."

And Alley seems to have faith that her choice is headed to the White House, saying, "I have a damn good voting record of choosing presidents elected ... Carter, Reagan, G.W. Bush, Clinton, Obama ... Happy with 3 of my choices."

This video includes images from Getty Images and clips from Entertainment Tonight and Jenny Craig.