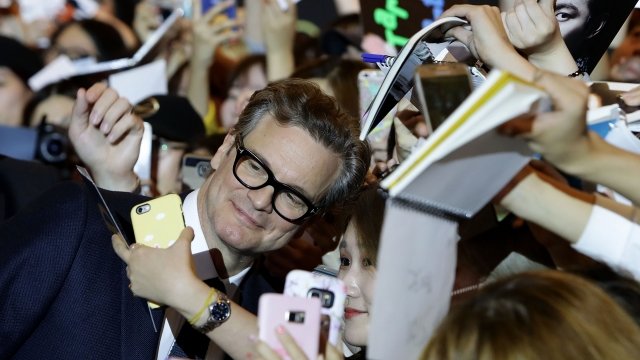 How in the world did a film about suave, over-the-top British spies and their rough and rowdy American counterparts become such a hit in South Korea?

According to the Korea Herald, "Kingsman: The Golden Circle" had a record opening Wednesday at the South Korean box office for an 18-and-over title.

The success isn't a fluke. The first movie in the "Kingsman" franchise reportedly became the most successful film with an 18-plus rating in South Korean box office history.

Yet, the secret to the movies' success may actually be two things: Frustration toward the ultra-wealthy, and a love for British fashion.

If you haven't seen the first film or read the comics, the main character is a young man from the wrong side of the tracks. He gets the chance to join a secret spy agency and prove that elite agents don't come solely from wealth and privilege.

A studio exec from Fox Korea told The Wrap real-life incidents of the rich taking advantage of the poor were happening in the country. So the studio made viral videos playing off them to promote the film. 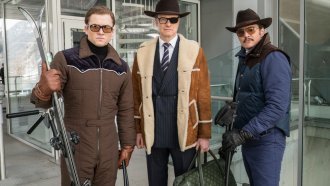 'Kingsman' Takes The No. 1 Spot While 'It' Continues To Break Records

One of the country's most popular department stores even saw a 64 percent jump for double-breasted suits.

South Korean media credited the movie for the spike in the fashion's popularity.

Members of the "Kingsman" cast expressed their gratitude to South Korean fans.  It's the only Asian country the actors visited to promote the second film.