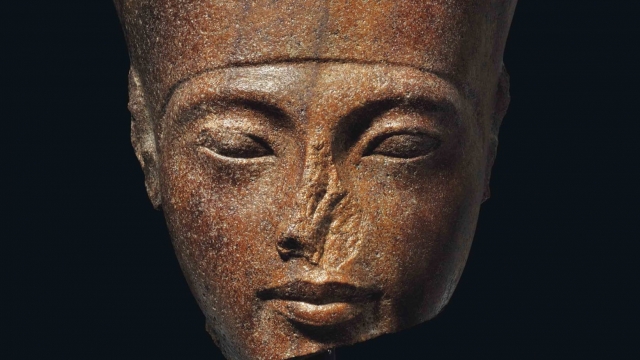 SMS
Despite Protests, Tutankhamun Statue Sells For Almost $6 Million
By Ahmed Jawadi
By Ahmed Jawadi
July 5, 2019
​The 11-inch statue was sold to an unidentified buyer on Thursday.
SHOW TRANSCRIPT

An over 3,000-year-old statue resembling the pharaoh Tutankhamun sold for nearly $6 million at a London auction, despite claims that the relic may have been stolen.

The 11-inch statue, which the auction house says has "features reminiscent of the Pharaoh Tutankhamun," was sold to an unidentified buyer on Thursday.

Last month, officials from the Egyptian embassy in London asked the U.K. Foreign Office to halt the sale and return the statue, saying it was stolen from an Egyptian temple decades ago. But the auction house defended the sale, saying it "carried out extensive due diligence verifying the provenance and legal title of this object." It added that Egyptian authorities had never expressed issues about the bust prior, despite it being well known and publicly shown at exhibits for years.

Egypt's former minister of state for antiquities affairs blasted the move, saying, "This is a black day for archaeology because Tutankhamun ... is the king that captured the hearts of people all over the world." He also said the piece should "be in a museum, not ... in a dark room of a rich man."