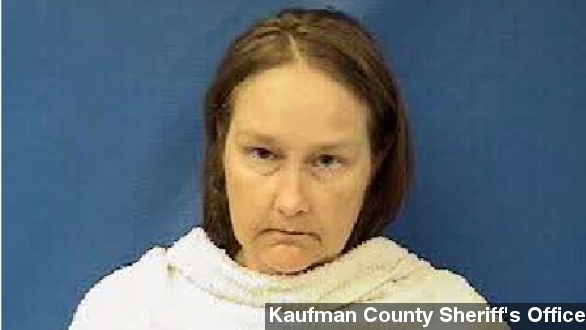 The estranged wife of a convicted killer pleaded guilty Tuesday morning to helping her husband commit three revenge killings from 2013.

Kim Williams was sentenced to 40 years in jail after appearing in court. She had waived the right to appeal and to appear in front of a jury.

Kim, who had called herself a "willing participant" in the three killings, testified against her husband at his trial, giving details about how he conducted the murders.

"He was happy; he was ready. He'd already killed one person and he was ready to kill Mike McLelland," Kim Williams said.

Last year, ABC explained the motive given to police by Kim for the three killings.

On December 17, a jury sentenced Eric Williams to death for the killing of Cynthia McLelland. He has not yet been tried for the murders of Mike McLelland and Mark Hasse.

Children of the McLellands took the stand at court Tuesday to give victim impact statements.

"You will serve your time and we will go on with our lives," Kristal Ball said.

"I understand you may have been threatened, but you had too many opportunities to stop it," J.R. McLelland said.

Kim, who pleaded guilty to the murder of Hasse, is eligible for parole in 20 years.